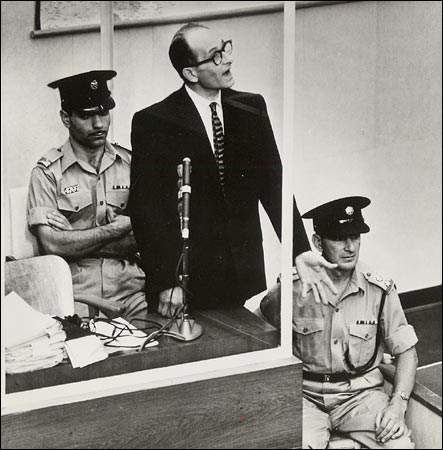 In addition to using the confinement boxes alone, you also would like to introduce an insect into one of the boxes with Zubaydah. As we understand it, you plan to inform Zubaydah that you are going to place a stinging insect into the box, but you will actually place a harmless insect in the box, such as a caterpillar. If you do so, to ensure that you are outside the predicate act requirement, you must inform him that the insects will not have a sting that would produce death or severe pain. If, however, you were to place the insect in the box without informing him that you are doing so, then, in order to not commit a predicate act, you should not affirmatively lead him to believe that any insect is present which has a sting that could produce severe pain or suffering or even cause his death. [two lines redacted here] so long as you take either of the approaches we have described, the insect's placement in the box would not constitute a threat of severe physical pain or suffering to a reasonable person in his position. An individual placed in a box, even an individual with a fear of insects, would not reasonably feel threatened with severe physical pain or suffering if a caterpillar was placed in the box. Further, you have informed us that you are not aware that Zubaydah has any allergies to insects, and you have not informed us of any other factors that would cause a reasonable person in that same situation to believe that an unknown insect would cause him severe physical pain or death. Thus, we conclude that the placement of the insect in the confinement box with Zubaydah would not constitute a predicate act.

Translation: you know that Zubaydah has a phobia about insects. It’s okay to lock him into a small, dark box and toss in an insect to crawl all over him, provided that it isn’t actually a dangerous insect, and you don’t explicitly tell him that its sting causes “death or severe pain”. This is okay because a “reasonable person” would not react too badly if his torturers locked him in a trunk with a non-lethal stinging insect.

Such is the Kafkaesque legacy of the Bush administration. This week the Obama administration willingly donned a bit of the old Bush garb, as the new president promised to shield from prosecution CIA officers who engaged in torture. In his prepared statement, Obama said:

In releasing these memos, it is our intention to assure those who carried out their duties relying in good faith upon legal advice from the Department of Justice that they will not be subject to prosecution. … We must protect their identities as vigilantly as they protect our security, and we must provide them with the confidence that they can do their jobs.

The idea, in part, is that the CIA torturers, people who work in very dangerous circumstances and whose ability to follow orders is crucial to national security, should not be punished for having done what they were told was their job. This is the point of a chain-of-command: the people at the top make policy, and the people further down carry it out. If CIA officers were to engage in constant second-guessing of policy, America’s intelligence capabilities would be drastically hindered, perhaps resulting in terrible things. So, while we might hold accountable those who created the torture policy, we should leave alone those who carried it out.

But, of course, there are obvious counterexamples. Most infamously, perhaps, there is Adolf Eichmann, the senior Nazi bureaucrat who knowingly kept the deportation trains running on time to the concentration camps. Before being sentenced to death in Jerusalem years later, Eichmann insisted that he ought not be punished, for he had merely been “following orders”. Nearly everyone agrees that this is just not good enough; even though Eichmann did not set Holocaust policy, he executed it. He did something absolutely terrible, and he deserved punishment for it.

Clearly, the Good Faith Principle and the Eichmann Principle are in tension. One says that government agents may not be held culpable for following orders, while the other says precisely the opposite. And, as I’ve indicated, I endorse both principles. Am I being inconsistent?

At this point the dominant methodology of (analytic) moral philosophy says we should try to formulate some new principle, a middle point that captures the concerns animating each of the previous principles. It will presumably be very complicated, drawing a fine distinction about what sort of conduct may be excused on grounds of good faith, or just how bad an act must be before triggering Eichmann-style responses. I don’t think we should try to formulate any such compromise principle. I don’t believe there is any way to antecedently circumscribe some region of the dense, tangled moral terrain confronted by policy makers and their agents. The problem is one of irrevocable irresolution: there are good reasons behind each opposed principle, and no formulaic way to accommodate both simultaneously.

This much must be clear: there is a line, somewhere between producing one’s own version of “Fear Factor” with entomophobic mujahideen and facilitating the mass slaughter of an ethnic group. Government agents who cross that line, even in good faith, are liable to later punishment. Where is that line? I don’t know. Neither do you, Barack Obama, or various anonymous CIA torturers at black sites around the globe. This is why real-world ethics (not the sterilized academic version) is so difficult: we cannot map unexplored moral continents before we’ve set foot on their shores.